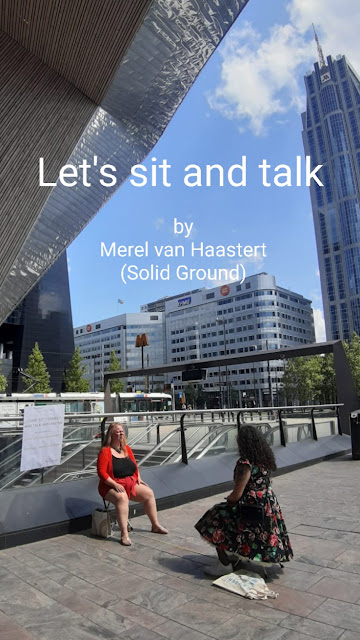 This project is being rebranded to align with the changing times we find ourselves in. Inclusion, sovereignty and autonomy remain the keywords. Stay tuned... 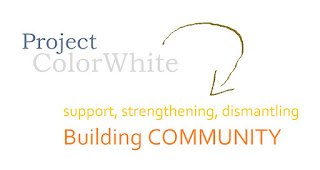 Not having the answers, coming to seek insight and knowledge to move forward. 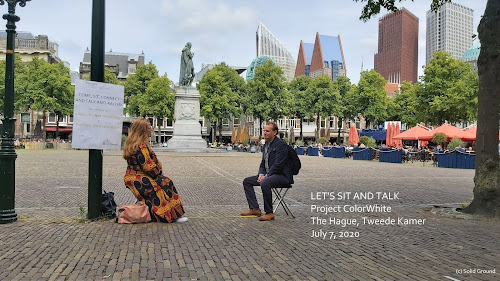 Project ColorWhite is answering the call for white people to take ownership and responsibility for their racism, taking on their anti-racism work, and be one of the many instrumental parts in dismantling the racist system and ending white supremacy, while no longer relying on the emotional and intellectual work of BIPOC. Project ColorWhite is for white people to come together, have open brutally honest conversations, and (re)define white as people and as a culture, in order to able to take our and proper place amongst all cultures and narratives - as opposed to currently being centered and the dominant standard. The project is not about seeking and/or finding absolute answers. It is a start, to reconnect with ourselves, build a new white narrative across the world, age, gender, lifestyle and generations. It is to find a solid ground and start an oral tradition of ongoing developing conversation, from which we as white people and culture can re-relate to all other human beings. We will re-claim connection to our innate wholeness (as every human being has) with full understanding of our white history (as part of the larger world-wide history) and background, and operate from a grounded and spiritual base which will contribute to re-establish communication, relations and collaboration with all people. Project ColorWhite stands to find a new conscious inclusive white narrative which will be part of the bigger whole of all narratives, with respect and reverence for all narratives.
Click on the following link to read the full guidelines and scope of this project.
The GROUND of Project ColorWhite.

The origins of Project ColorWhite - November 2018


I grew up in The Netherlands, a white society. I am from Dutch and Indonesian decent. After WO II Indo’s are one of the most assimilated groups in the Netherlands. Never openly discussed, but also within my family the aim was to be as white as possible. I saw the generation of my grandparents change once they set one foot out the door. Indo inside, perfectly Dutch outside. That last bit even better then the Dutch. We were all expected to excell, in school and carreer. University was all that mattered.
I grew up in Drenthe, nothern province of the Netherlands. Assen and Bovensmilde to be precise. Bovensmilde has a small community of Moluccans. (Yes, I was there when the school and train hijacking took place in 1977.) But for the rest I went to an all white school and such. From a very young age I wondered why it was seemingly impossible to get in contact with people of different backgrounds and cultures. I was spoonfed all the conditioning of racism, discrimination and White Supremacy. My family is well educated, consider themselves openminded, and do good for the world at large. Very unware, or rather blind I came into society as a young woman, started to make a living. Not once did I question why my surroundings were so white. I bought into all the lies, thinking for example that if all the poor countries would come up to our level and way of living, all would finally be equal.

Things started to change slowly. I moved into one of the lower class neighbourhoods of The Hague, the Schilderswijk. I was one of the minorities, but I lived in a small enclave of white. Though not much contact with the Muslim community, I think seeds were planted in me. After that I lived and worked in Thailand for awhile, which confronted me with me being white and Western. I learned the beauty of a country and its people never being colonised, how they carry themselves and related to the West. Returning to the Netherlands I started working for an international development organisation. Yes, still having all the old colonial perspectives, but I got introduced to different cultures.

Fastfoward, about 2,5 years ago I got acquitend with Zoa Moeniralam. She runned the Yoni Tempel in Rotterdam. By that time I was already on a large internal process of change, huge. During that process I got into women gathering within the Red Tent. Zoa organised women circles as well. So I went, knowing she and I had a connection. I met Gyonne Goedhoop during such a circle. In April 2016 they both asked me to join the Yoni Tempel team. We three are magic together, it turns out. But I wondered how I got so lucky to be working with two women of color. How did I breakthrough the barriers and got their trust?
As the Yoni Tempel and us three individually we got pushed on the track of multi perspectives, diversity, racism, discrimination. Zoa wanted to make a real contribution towards change, equality, experiencing all sorts of forms of racism and White Supremacy. Gyonne was on her path of bringing awareness on such subjects. So in 2017 Zoa and I went to the all female festival Lorelei in the Netherlands. We organised a workshop in which we placed a women of color and a white woman opposite eachother and see where that would take us. After the festival we faced roadblocks on the path of further awareness and change. We got in contact with the Grandmothers and so this year we went in their bedding, doing a workshop on diversity in color, race, age and sexuality.

To prepare myself for that event at Lorelei, end of August this year, I asked what my role would be as a white woman going with three women of color who would share their perspectives. I realised I couldn’t represent the colored and/or black perspective, or speak on their behalf. So, what was it I was going do there? As Universe does I came upon a then free online challenge on Instagram by Layla F Saad. 28 days of ‘Me & White Supremacy’. I did it in two weeks, two weeks of 6-8 study a day. The challenge focused on where racism and White Supremacy still rested in the individual, the white woman. It opened my eyes to the minute details and workings of the system of racism and White Supremacy. I had gotten a long way already, but I still got my ass whooped. I have shared all my days of insights openly on my Insta and Facebook account.
At the end of the challenge we were asked to pledge how we would move forward on a daily basis, what would keep us incheck. First thing I realised that I was to practice Radical Selflove. Racism is a projection of inner selfhate, selfloathing. Having denied and pushed away my Indonesian side, now realising I am a white passing mixed woman, I can not live hating the other part of me, even if that part is responsible for bringing the global scale of the racism system into the world. Second, I have enough women of color and black women in my immidiate surrounding to keep me incheck. Thirdly, I invited a black woman so I could apologise face to face about how my believes had done her wrong in a certain situation.
But something else, something bigger sprung up in me. How did it happen that I had been so ignorant for most of my life? Why have I never heared of gatherings and discussions of white people talking about how racism actually works, how it still excists and florishes, why we never ask what our part is, what we do to keep the system in place, what our priveleges are, and most of all… what can we do to be part of the overdue change this world so desperately needs. I also want to know why it was necessary for the West, white people to bring racism to such a scale that it has become global, up to this day. It is mindboggling to me. When everybody is equal, what does white mean? What are our strenghts and weaknesses, what are our values, how do we want to relate to other cultures, different perspectives? Many many more questions like these. The ‘Me & White Supremacy’ challenge has taughed me that the process of answering those questions has to be done amoungst white people themselves. Our black and other people of color can not help us, they have their own healing and interspective processes. We can not keep leaning on the emotinal labor of BIPOC (black indiginous people of color) for our healing and awaking process, and forget we have a huge ass responsibilty to step up.

This is how Project ColorWhite has come to life. Time is up. We need to do our bit. Join me and have the new world of pure proper equality be reality.

PS: Layla F Saad’s challenge was free at the time. She has turned it into a workbook. Look her up and support her work, like many other black women and women of color. She is on Instagram and Patreon. 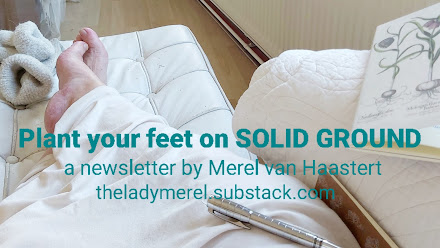